Next month I will be visiting Beijing to see the Great Wall and the Forbidden City. China will be the 40th country that I have visited in the world so far. 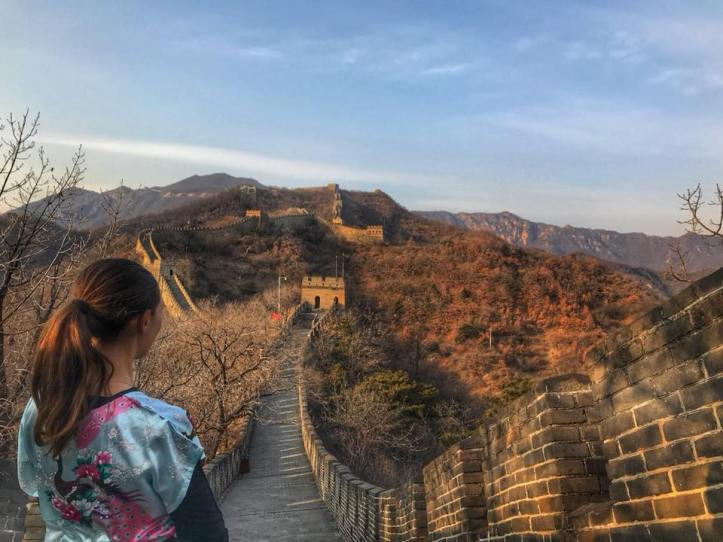 The Great Wall will be my 7th of 8 Wonders of the World that I have visited already since August 2016. This photo is from another world traveller, Amélie Corne, someone that I got connected with on Instagram (ameliecorne) and we will meet one day on a travel 😀. In that amazing travel year of 2016 was Taj Mahal in India my first Wonder of the World that I have visited, then later on that year I visited the Pyramids of Gizeh, the lost city of Petra and Cristo Redentor to close my amazing travel year.

South Korea and South Africa, where it all started (2015) 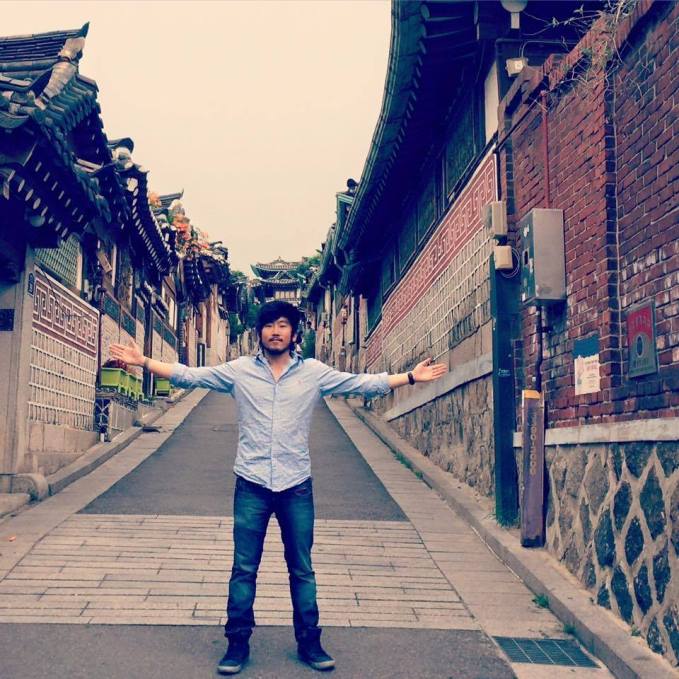 On the train back to the airport of Incheon to fly back to Europe, on that train ride I have met the family Volschenks of South Africa, in that half hour, we talked, laughed and exchanged Facebook, we kept in touch for 3 weeks and because of them I decided to book a flight to South Africa in December. Thanks to Bea, Emmari, Elsa and Conrad Volschenk my second travel outside of Europe and again to the other side of the world was a wonderful and a joyful trip 😀 In South Africa my ” Birthday Travel Tradition ” was born as well, I celebrated my birthday in Cape Town and Stellenbosch! 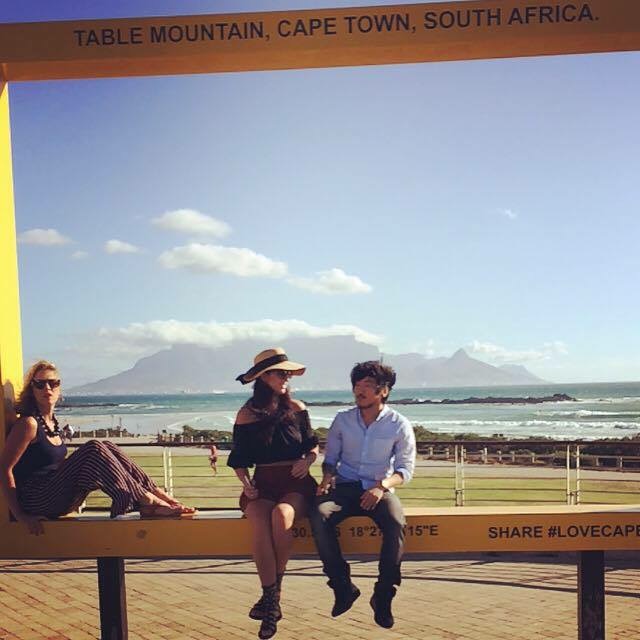 2016: Because of those two amazing trips in 2015 😀, I have lost my heart to traveling and in the following year I wanted to keep on discovering the world. So 2016 became one of my first amazing travel years: Traveling in 5 continents, doing a crazy and fast road trip to North Europe with one of my best friends, whom I know more than 25 years (!), visiting 4 Wonders of the World (Taj Mahal in India, the Pyramids of Gizeh in Egypt, the lost city of Petra in Jordan and Cristo Redentor in Brazil) in a period of 18 weeks, visiting Cuba an authentic island with historical pearls and latin vibes. In 2016 I managed to visit 9 countries in 8 months. 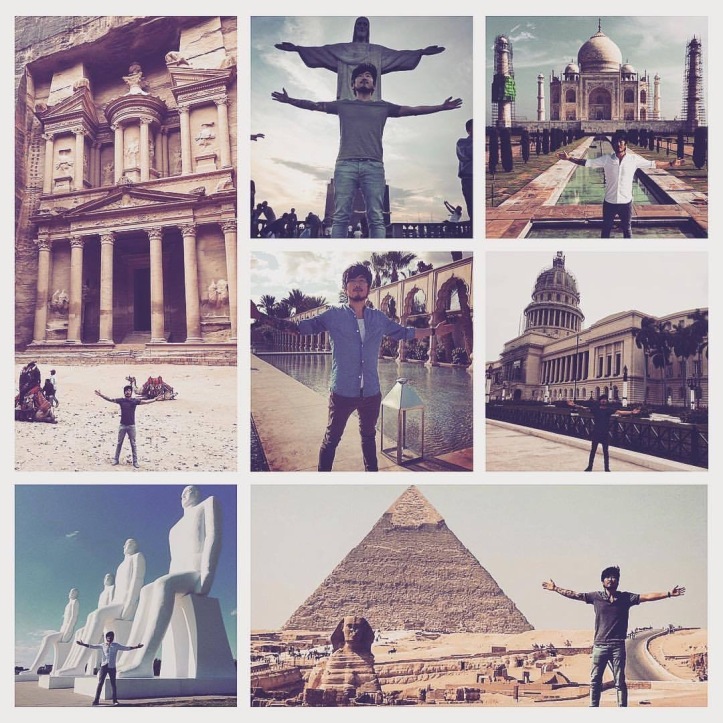 2017: Offcourse 😀 I continued with discovering the world: Traveling in 5 continents, starting with a fast and crazy south asian trip where I saw Angkor Wat in Cambodia, the Petronas Twin Towers in Malaysia, Candi Borobudur the biggest buddha temple of the whole world in Indonesia, passing the amazing baobab trees in Madagascar, holding the lemurs (bucket list!!!), passing Vatican City, the smallest country of the world, seeing Colosseum, my 5th Wonder of the World, traveling in Chile with 3 friends (my first travel with a group of friends) and visiting Easter Island (Isla de Pascua) (Bucket List!!) and to close the year with passing Chichén Itzá, my 6th Wonder of the World and doing a very memorable crazy road trip through México and Belize. In 2017 I managed to visit 11 countries in 9 months. 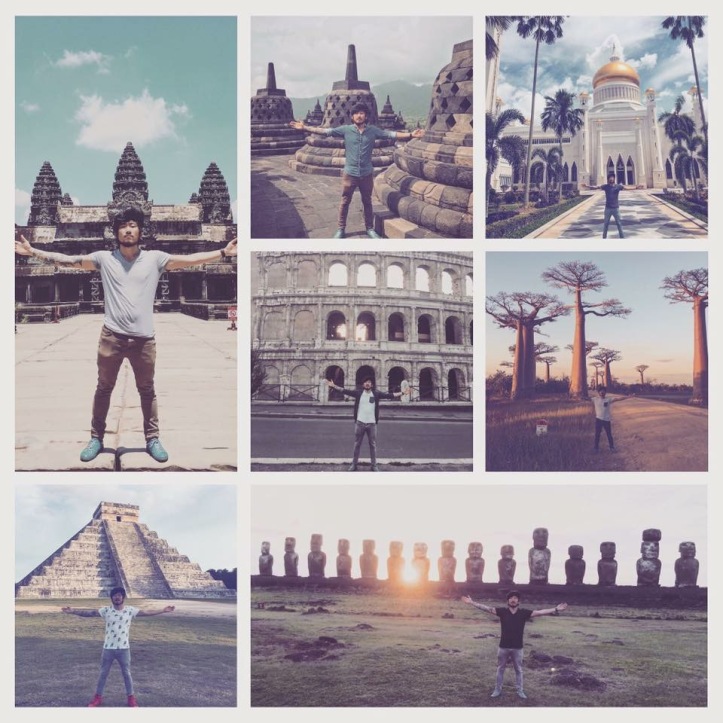 So by writing this article about my traveler’s goal and dream: to visit every country in the world, it would be great if I will meet a lot of like-minded world travellers who meet me on a travel, join me on a travel or even help me on a travel. Or like-minded who helps me to make me to get that goal 😀

You can always send me a message here or message me on my Instagram (ja1my).